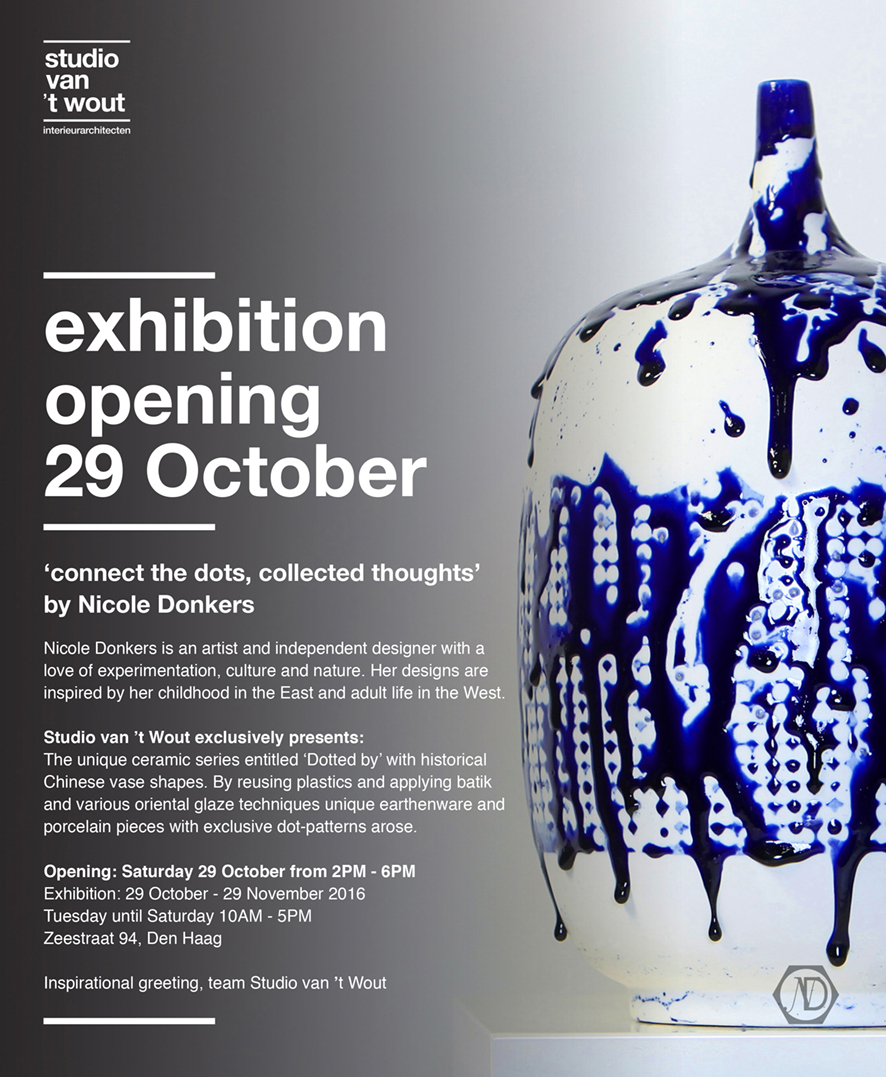 After 35 years Nicole Donkers returned to Indonesia in 2014. Back to her inner home away from home. There, during her travel and work period, she became reacquainted with the roots of her upbringing. She rediscovered the Indonesian culture, language, values and crafts, such as ceramics and batik. Nicole is an artist and independent designer with a love of experimentation, culture and nature. During her art studies for instance she fell under the spell of plastics and the functions it has in the daily lives of people. In 2015 Art China invited her to take part in the 1st International Contemporary Ceramics Art Symposium at WanQi Ceramic Art Centre in Dehua, China. During her subsequent working period in the ceramics studio’s she brought her thoughts from her travels together and went on experimenting with ceramics, porcelain, glaze and plastics. In 2016, after traveling through the US and Canada, Nicole went back to Dehua, China to give her artistic research into aesthetics, patterns and dots a sequel. From the experiment with materials including glass beads from her Canadian godmother, but also marbles and batik techniques new series of ceramics arose. Among them the vases series ‘Dotted by’ inspired by ancient Chinese vase shapes. During the exhibition ‘connect the dots, collected thoughts’ art works will be shown that were made during her travels. 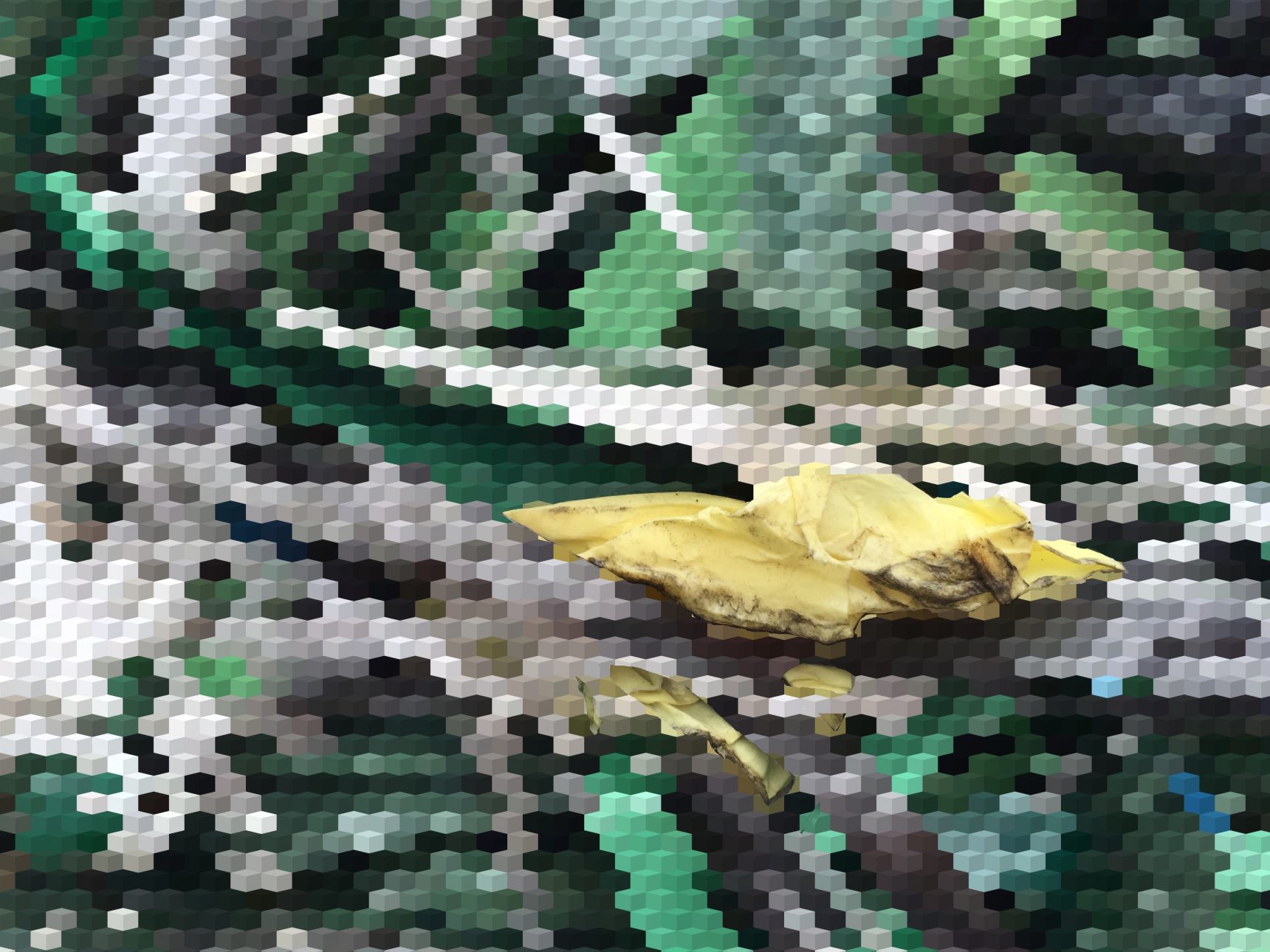 Nicole is an artist and independent designer with a love for experimentation, culture and nature. In 2010 she graduated in fine art at the Royal Academy of Art in The Hague. In 2012 she completed the post-academic artists’ Institute The New Academy (The Hague). She also has a university master’s degree in Socio-Cultural Sciences and graduated from the Hotel Management School in Maastricht.

‘connect the dots, collected thought’ is showing from October 29th until November 29th, 2016 from Tuesday – Saturday 10AM – 5PM.